This article is a good reminder that a little communication can diffuse even the most heated disputes.

The East Coast has been battered by winter storms.  Last week, a record storm surge struck the area, causing this historic fishing shed in Lubec, Maine, to come loose from its pilings and go wandering across the border.  It landed on a beach in Campobello, New Brunswick.

Locals in Campobello started to take pieces from the shed.  One lady cut boards with a chainsaw to make them fit into her car.

Volunteers from Lubec Landmarks, the US non-profit organization that owned the shed, went to the Campobello beach to retrieve their shed.  As you can imagine, they were very upset when they saw their shed being dismantled by "vandals."  Heated arguments broke out on the beach.  Relations between the two tightknit communities became strained.  Police and government organizations from both sides of the border were called.

The leader of Lubec Landmarks returned to the beach with cinnamon buns and discussions began about what to do with the shed.  The remains will be moved above the high water mark for safety reasons with the help of contractors from both sides of the border.

When a dispute is on and emotions are running high, it is easy to get lost in hurling insults.  Stepping away and considering both sides of the issue allows calmer discussions to happen, which can often lead to resolution.  I submit that cinnamon buns are optional to the process.

Arguments on the beach broke out, insults were hurled, the shouting worsened and pictures of licence plates were taken, as were sides, along international lines. The fracture deepened when Lubec Landmarks' president, 76-year-old Rachel Rubeor, wrote a letter to Maine Senator Angus King blaming "vandals" for taking remains of the shed from the beach. Local media picked up the story and the ensuing reaction on Facebook, where both Lubec and Campobello residents maintain community bulletin boards, has grown sourer by the day. 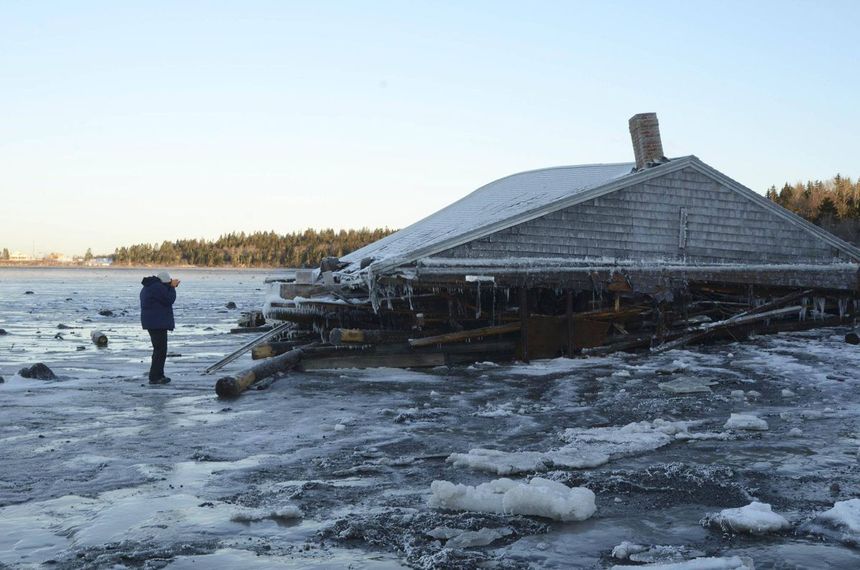 The fishing shed that washed across an East Coast border and touched off an international firestorm https://t.co/EfNUAu9kje

The fishing shed that washed across an East Coast border and touched off an international firestorm /via @globeandmail https://t.co/8CouRH5qYl