Brownlee LLP was successful in obtaining the dismissal of a claim brought by the Workers’ Compensation Board (“WCB”) against  a vehicle lessor for damages suffered by a worker as a result of a motor vehicle accident. Master Mason determined the issue on the basis that the lessor had no degree of control over the vehicle or the at-fault driver. This decision has been long-awaited since the landmark decision of McIver v McIntyre.

In McIver v McIntyre, the Defendant left his car at a garage to have the brakes repaired. While test driving the car, an employee of the garage got in an accident with the Plaintiff. Since the Plaintiff, the garage, and the driver all had WCB coverage, the WCB attempted to recover the costs of treating the Plaintiff by suing Mr. McIntyre. At a summary trial, the Judge dismissed the claim against Mr. McIntyre, deciding he had no control over the actions of the garage’s employees. The WCB appealed and in 2019, the Supreme Court of Canada declined to hear the appeal. In the two years since then, lower courts have slowly been starting to apply the McIver principle and dismissing WCB claims against vehicle leasing companies.

Section 23 of the Alberta Workers’ Compensation Act (“WCA”) bars a worker covered by the WCA from suing another WCB insured worker or their employer for injuries suffered during the course of their employment. This has been called the historic trade-off: workers give up their right to sue in exchange for a no-fault system that is blind to whether the worker contributed to his/her own injuries. In cases where a worker has been injured in a motor vehicle accident involving a leased vehicle, the WCB has regularly sued non-WCB insured leasing companies which lack the protection of section 23 in order to recover costs, regardless of whether or not that company exerted any oversight over the driver of the vehicle.

Prior to McIver, the leading case in Alberta on the issue was Dempsey v Bagley, 2016 ABQB 124. The Court in Dempsey held that in dividing vicarious liability between the protected employer and the unprotected leasing company, the fault of the leasing company could not be zero. Otherwise this would frustrate section 187 of the Alberta Traffic Safety Act, which deems drivers of leased vehicles to be agents of the owner. The McIver decision overturned Dempsey on that key point. The Court in McIver found fault in such situations was to be apportioned according to the degree of control each party had over the wrongdoer. If the leasing company exerted no control over the at-fault driver, then its liability could indeed be zero.

On March 15, 2021, Master Mason of the Alberta Court of Queen’s bench applied McIver in dismissing a claim against a vehicle leasing company in the unreported decision of Manak v Sidhu et al. (Action 1701-00226). In Manak, the Plaintiff was an employee of a Calgary bottle recycling depot. While attempting to guide a vehicle driven by the Defendant Sidhu and leased by Sidhu’s employer, Cochrane Transport, Manak was crushed between the reversing vehicle and a concrete post. As both Sidhu and Cochrane Transport were protected under the WCA, the WCB on behalf of Manak sued the lessor of the vehicle, Maxim Transportation Services Inc.

The Plaintiff attempted to argue that, unlike in McIver, the lessor exerted sufficient control over the driver to place vicarious liability upon Maxim Transportation. The Plaintiff raised three points. The first was based on a provision in the Vehicle Lease and Service Agreement placing restrictions on the driver (notably they be properly licensed and not under the influence of drugs or alcohol). The Agreement also allowed for Maxim to request that Cochrane Transport remove an individual as a driver if they exercised “reckless, careless or abusive driving”. Master Mason determined that these conditions were simply to comply with existing laws. Maxim had no knowledge of whether Sidhu had driven in a way that could be described as “reckless, careless or abusive”. Lacking cause, Maxim was unable to request his removal as a driver of its vehicles. Maxim had no contact with Sidhu or the ability to supervise the manner in which he drove on a day-to-day basis.  Accordingly, Master Mason found Maxim had done all it could to ensure the safe and lawful operation of its vehicles, as the vehicle owner in McIver had done.

The Plaintiff further argued the leased vehicles were equipped with GPS tracking which represented a level of control exerted by Maxim over the drivers. Master Mason relied on the uncontested evidence that the GPS data was not continuously monitored and was only used in cases of theft or breakdowns. As such, the presence of a GPS tracking device did not represent control exerted by the lessor over the driver.

Finally, the Plaintiff argued that given Sidhu had been hired through a professional corporation, he was an independent contractor and the control Cochrane Transport exerted over him would be less. Although Mr. Sidhu provided his services through a numbered company and obtained his own WCB coverage, Master Mason found Cochrane Transport controlled his schedule and dispatching. Master Mason found Maxim lacked any supervision or control over Sidhu’s activities. As such, no liability for the accident was apportioned to Maxim and the action against them was summarily dismissed.

In arriving at her decision, Master Mason relied on two other recent cases in which our office had been successful and no liability was attributed to the lessor of the vehicle. In Barz v Driving Force Inc, 2019 ABQB 866 and the unreported reasons of Master Summers in Lavigne v Paccar Financial Services (Action 1514-00376), it was found that the lessors exercised no control or supervision over the drivers and as such the cases against the lessors were dismissed.

Since McIver, the decisions of the Alberta Courts in Manak, Barz, and Lavigne demonstrate that in motor vehicle accidents there will be no liability for lessors that do not have control over WCA-protected drivers.

Should you have any questions with respect to this bulletin, or if you would like more detailed information related to WCA, please contact the following member of the Brownlee LLP Insurance Litigation team: 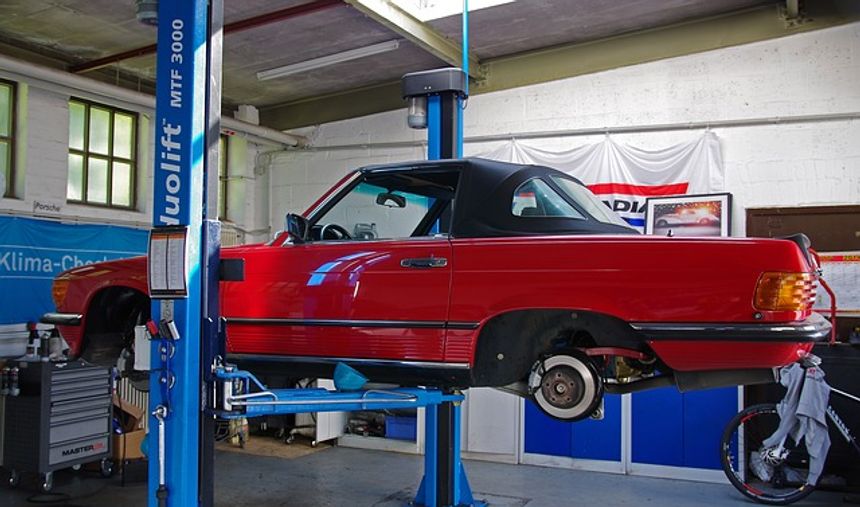