“The mere fact the accident happened does not mean it happened negligently” — sometimes, accidents just happen.

In 2009, the Plaintiff — then aged 9 — was riding as a passenger in a Polaris RZR UTV (a side-by-side off-roading vehicle) on mountain trails near Radium, B.C. The Plaintiff’s 15 year-old cousin was driving the RZR. At the time, he had an Alberta learner’s licence and had been driving ATVs, dirt bikes and UTVs for a number of years under his dad’s supervision.

The Plaintiff and his cousin were following behind the Plaintiff’s uncle and another young friend who were on their own ATVs. A storm had passed through the area a few days prior and the group had gone out to clear the trails of fallen debris. A branch suddenly became propelled up through the wheel well of the RZR and impaled the Plaintiff, entering his right abdomen and poking out above his left armpit.  The Plaintiff was catastrophically injured. At the time of trial — nearly 12 years later — he continued to suffer chronic pain, PTSD and gastro-intestinal upset.

The action was brought against the Plaintiff’s cousin and his parents (uncle and aunt), alleging improper operation of the RZR and that the parents failed to provide adequate supervision of their son and the Plaintiff himself. It was alleged that the parents were negligent for their allowing a 15 year-old driver and a 9 year-old passenger in the RZR despite clear instructions in the RZR’s owner’s manual that no person under the age of 16 may drive or ride in the RZR. Warning stickers containing the age restrictions were also visible on the dash of the RZR.

The Plaintiff alleged the driver was negligent for failing to keep a proper look out, causing him to hit the branch that impaled the Plaintiff, and for driving recklessly, namely for hitting the accelerator when the RZR became stopped/stuck on the branch.

Brownlee LLP successfully defended the driver and his parents, resulting in the Plaintiff’s claim being dismissed. This decision addresses three unique issues: whether the owner’s manual informs the standard of care; whether the type of harm that occurred was foreseeable; and whether the alleged negligent act caused the injury.

Owner’s Manual Does not Determine the Standard of Care

The Plaintiff did not lead any expert evidence on the applicable standard of care, but relied on the contents of the owner’s manual that prohibited drivers and passengers younger than 16 years old. It was alleged the Defendants breached the standard of care by allowing a 15 year-old driver and 9 year-old passenger in the RZR, thus constituting negligence. The Court agreed with the Defendants and found the owner’s manual can inform the standard of care, but does not dictate it. A failure to adhere to a guideline or purported requirement in the owner’s manual does not necessarily mean the operator or an adult supervising that operator fell below a standard required by common-law. Instead, the Court must look at the experience, abilities and maturity of the 15 year-old driver.

As in most cases involving motor vehicle accidents, the applicable standard of care requires the driver to maintain control of their vehicle, drive at a reasonable speed, drive with due care and attention and keep a look out for hazards.

This case turned on two questions: whether the driver kept a proper look out for hazards, such as trees that could enter the vehicle and injure a passenger, and whether it was unreasonable to accelerate after the RZR hit the branch.

The evidence suggested that the RZR became stuck on a branch and the driver accelerated in order to get over it, which propelled the branch into the cab, impaling the Plaintiff.

The Court found that the branch was not plainly visible as a hazard, such that the driver did not have a duty to avoid it, stating: “the mere fact that [the driver] hit a hazard deep in the bush does not, on its own, prove he was negligent in doing so.” Further, there was no evidence to suggest the driver’s reaction to accelerate to get over the branch was unreasonable in the circumstances.

As a result, the Court found the driver did not fall below the standard of care.

The Type of Harm that Occurred was not Foreseeable

In this case, the Court had to assess whether it was reasonably foreseeable that using the accelerator to free the stuck RZR would cause the Plaintiff  to become impaled by a branch.

The court must look at whether the “type” or “kind” of harm that occurred was foreseeable. The Plaintiff argued it was reasonably foreseeable that a passenger could be injured while riding an ATV — arguing that riding ATVs is known as a risk-taking, dangerous activity such that any injury to a rider is foreseeable.

The Defendants argued foreseeability must be applied more narrowly: whether the particular type of harm was foreseeable. In other words, whether it was foreseeable that a branch would be thrust up, through the body of the vehicle and impale a passenger. Both the mechanism of the injury (a branch piercing the body of the vehicle), and the type of injury (being impaled by a branch) needed to be foreseeable to result in liability.

The Court agreed with the defence and found that it was not reasonably foreseeable that accelerating over the stick would cause the branch to break through the body of the RZR and injure the passenger, let alone impale him. Based on this finding, the driver’s duty of care did not require him to avoid driving over the branch or accelerating to free the RZR when it became stuck on the branch.

This decision acts as an important reminder that accidents which a reasonable person would dismiss as being “far-fetched” may not result in liability.

The Alleged Breach did not Cause the Injury

The final element of the negligence analysis that must be proved by a plaintiff to establish liability on the part of defendant is that the defendant’s breach actually caused the accident.

The Plaintiff alleged a number of negligent acts, including:

In going through each of the allegations, the Court found the ages of the driver and the Plaintiff did not cause or contribute to the injuries sustained. There was no evidence to suggest the age and maturity of the driver impacted his driving skills or decision making. Similarly, there was no evidence the injury would not have happened had the Plaintiff been older or bigger.

Likewise, since the Court found the driver’s conduct did not fall below the expected standard of care, there was no evidence to establish the Defendant dad’s training of his son caused the accident.

This decision revisits legal issues seldom at issue in negligence cases. Parties often overlook liability where a plaintiff (especially a child) is injured due to no fault of their own, assuming that someone is to blame for the innocent victim’s injury. As noted by the Court, there is a certain attraction to assuming from the very fact the accident happened that it must have been caused by the negligent operation of the vehicle. However, this decision acts as an important reminder that parties are not liable in tort for freak accidents. The onus remains with the plaintiff to prove that defendants acted wrongfully.

The Defendants were represented at trial by David Pick and Olivia Rees, of Brownlee’s Calgary office. The full decision can be found here. 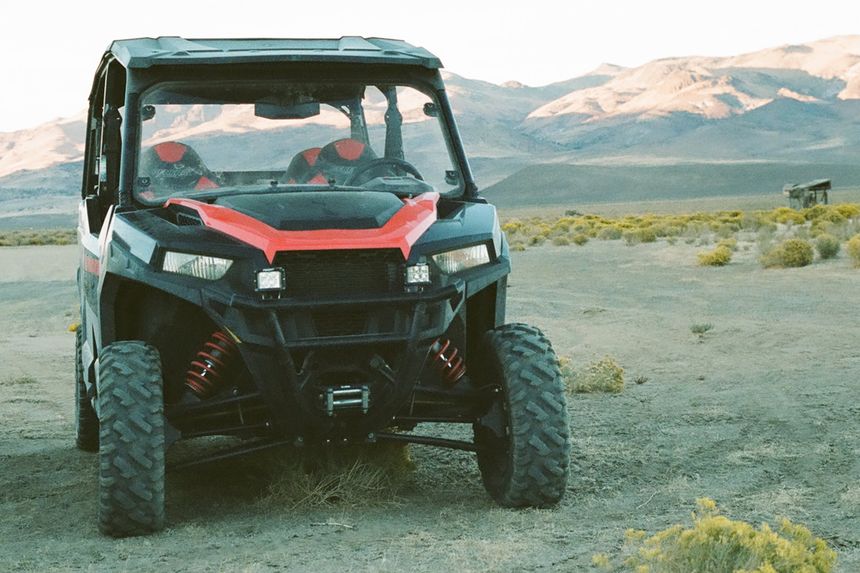