By the Brownlee LLP Litigation Team

In Ekman v Brooks (City), the Alberta Court of Queen’s Bench reinforced that it will not tolerate litigation by instalments (or  “collateral attacks”) and will respect previous decisions made by courts and subdivision development and appeal boards when it comes to litigation that repeats previously adjudicated allegations.

Rather than filing a lawsuit against a municipality, the proper path for the plaintiff would have been to file appeals with the Alberta Court of Appeal, as required in the Municipal Government Act (MGA).

In this case, the property owner did not obtain a development permit prior to building an elaborate playground including five wooden structures and a zip line on their residential property. The owner also built two temporary structures to store tools and materials.

The City learned of the construction when residents complained, and it asked the property owner to apply for a development permit to ensure the construction met specific standards, including those set by the Alberta Building Code.

Rather than appeal the SDAB’s decision to the Court of Appeal, the property owner sued the City. The lawsuit alleged that the City was negligent for placing unreasonable conditions on the development permit, that it trespassed when it began removing the structures, that it was targeting the property owner, and that a City employee was exercising an abuse of public office.

“The place to challenge them was by appeal rather than by simply filing a new action,” he wrote in his decision. “One cannot simply start a new lawsuit and hope for a different result on issues that have already been decided.”

If you have any questions with respect to this bulletin, please contact Litigation Partner Nabeel Peermohamed at npeermohamed@brownleelaw.com or at 403.260.5301. 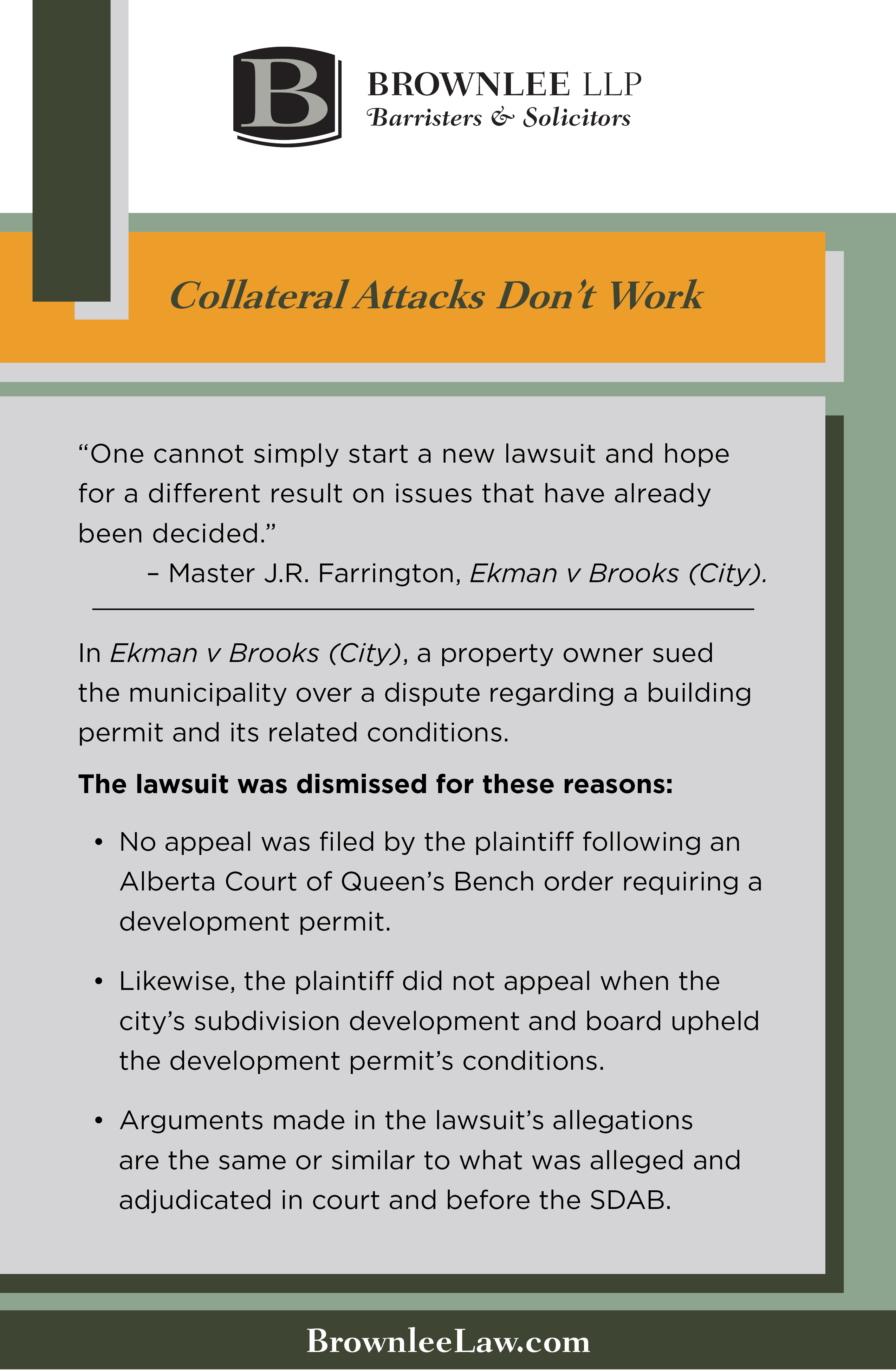 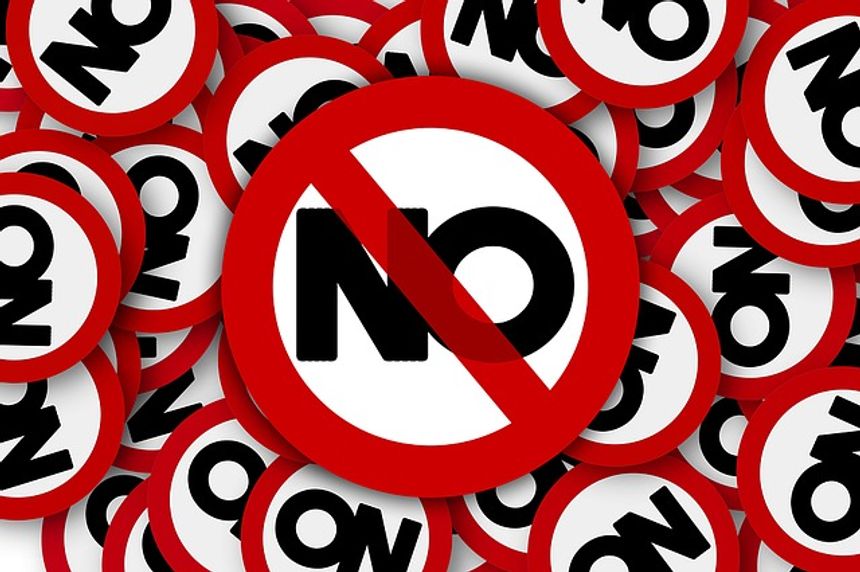