A recent decision by the Supreme Court of British Columbia has found that a pedestrian who slips and falls on a municipal sidewalk cannot sue a contractor retained by a property owner to clear the sidewalk of ice and snow. While most municipalities in Canada have bylaws requiring property owners to remove snow from adjacent municipal sidewalks, courts in both Alberta (in Koch v. Slave Lake Jewellers Ltd., 2001 ABQB 445 and Kluane v. Chasse, 2001 ABQB 244) and British Columbia (in Der v. Zhao, 2021 BCCA 82) have ruled that for both commercial and residential property owners, municipal bylaws do not translate in to a duty of care at common law or under the relevant Occupiers’ Liability legislation. However, the above decisions were silent on whether a Plaintiff could claim under the tort of negligence against a snow removal company retained by an occupier to clear an adjacent municipal sidewalk. In the recent decision of Pavlovic v The Owners, Strata Plan LMS 2211, 2022 BCSC 1368, the British Columbia Supreme Court confirmed that no such duty exists.

In Pavlovic, the Plaintiff fell on December 20, 2016 and fractured her wrist while walking on a sidewalk adjacent to The MacGregor condominium complex in Vancouver. Initially, the Plaintiff filed a claim under both negligence and the British Columbia Occupiers Liability Act against the owners of The MacGregor, the property management company hired by them, the City of Vancouver, and Just George Cleaning and Maintenance Inc., the company retained by the property manager and the owners of The MacGregor to conduct maintenance duties (including snow removal) in and around the premises.

Eventually, the Plaintiff dropped all claims against the property owners, the City, and the management company, as well as her claim under the Occupiers Liability Act against Just George Cleaning, leaving only her claim in negligence against that contractor. A summary trial on liability was held to determine whether or not the contractor owed the Plaintiff a duty of care. The Plaintiff argued that previous case law in British Columbia and Alberta confirmed the existence of such a duty, while the contractor argued that it was too far removed from the Plaintiff, and that if the property owners did not owe the Plaintiff a duty of care, the Defendant did not either.

In support of her argument that a common law duty of care existed, the Plaintiff cited the case of Reichert v Home Depot Canada Inc., 2017 ABQB 184. In that decision, Master Prowse of the Alberta Court of Queen’s Bench found that while a snow removal company was not an occupier of the property it was contracted to clear, if it carried out its duties negligently and personal injuries to visitors might occur, such a duty might indeed exist.

The Court disagreed with the Plaintiff, stating while the court in Reichert found it was possible in some cases a maintenance company might owe a duty of care to visitors to a property, it did not establish the existence of such a duty. Citing another case relied on by the Plaintiff, Bundschuh v MacDonald Development Corp., 2018 ABQB 188, the Court noted the maintenance company’s duty of care was informed by the contract with the property owner rather than by a common law obligation. In this instance, the contract between Just George Cleaning and the property owners specifically referenced the purpose of Just Georges’ duties as it related to municipal sidewalks was to comply with the City of Vancouver’s bylaws relating to snow removal. Therefore, the Court held the contract did not require Just George to ensure the sidewalk met a standard of “perfection” so that it was properly maintained at all times. It is worth noting that neither of the Reichert or Bundschuh cases involved adjacent municipal sidewalks, reinforcing the lack of proximity between the contractor and the pedestrian.

Lacking the existence of an analogous precedential duty of care, the Court reviewed the Anns/Cooper test to determine whether the facts were sufficient to support the finding of a novel duty of care. The Court found, based on the analysis in Der v Zhao, the “reasonably foreseeable” portion of the Anns/Cooper test was met. However, there was insufficient proximity between the contractor and the Plaintiff to establish a novel duty of care. Since the sidewalks were owned, occupied, and maintained by the City, absent special or unique circumstances, the relationship between a pedestrian and contractor was not sufficiently close to establish a duty of care on the contractor owed to the Plaintiff. As such, the Plaintiff’s remaining claim against Just George Cleaning was dismissed.

Furthermore, both the Pavlovic and the prior Der v Zhao decision rely heavily on Alberta case law. This would suggest that while this decision may not be binding on Albertan courts, it will be persuasive, and should a similar claim be brought in Alberta, it would face a similar fate.

Occupiers should ensure a reasonable system of inspection and maintenance for snow and ice exists and is functioning as intended, contractors should ensure their work is done in a professional manner consistent with the terms of the contracts. However, maintaining adjacent municipal sidewalks according to local bylaws does not expand a contractor’s duty of care beyond the contract and there is no duty of care owed by contractors to pedestrians of municipal sidewalks. 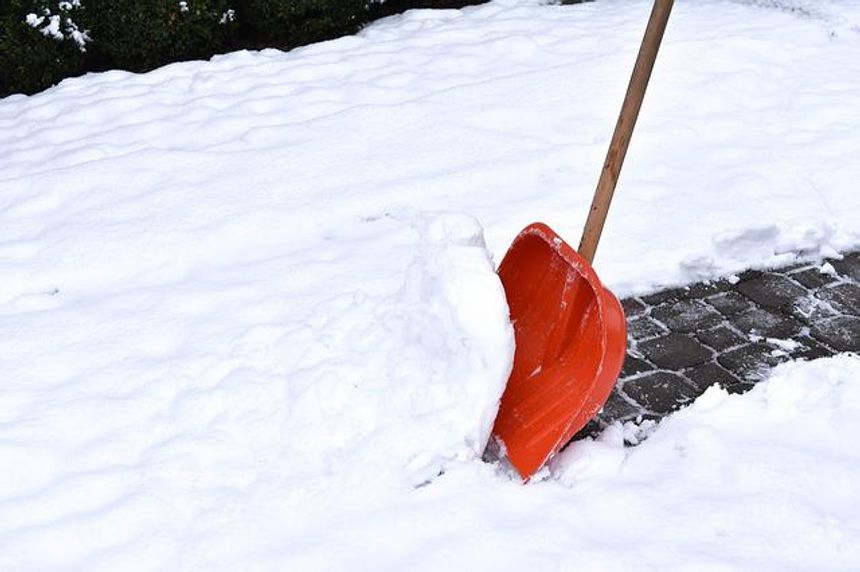