Occupiers often rely on waivers signed by their patrons to escape legal liability. For example, in order to mitigate the risk of any potential lawsuits, occupiers ask their patrons to sign a waiver as part of either a gym membership agreement or when entering a ski park. However, only when all the terms of the waiver are brought to the attention of the patron in a reasonable manner will the waiver act as an absolute bar to the lawsuit. Failing these reasonable steps, the waiver will be held invalid by the Courts and the lawsuit will be allowed to proceed on its merits. This article will review best practices for an occupier to ensure waivers are enforced as an absolute defence.

In a recent decision from Ontario (Hosseinkhani v QK Fitness Inc, 2019 ONSC 70), the Court held a gym's waiver to be invalid since the terms were not reasonably brought to the plaintiff's attention. In QK Fitness, the plaintiff was injured when she tripped and fell on a dumbbell during a gym class. She sued for over $6 million in damages. The gym brought a summary dismissal application arguing the waiver of liability form signed by the plaintiff as a part of the gym membership agreement was an absolute bar to the lawsuit. The gym also relied on the usual defences under the Occupiers' Liability Act, specifically that occupiers are not guarantors of safety for every activity on their premises. The Court held the waiver was invalid but ultimately agreed that occupiers are not guarantors and dismissed the claim anyway. However, it is important to note that just because a plaintiff signed a waiver does not mean the waiver will act as an ultimate bar to any subsequent lawsuits.

In QK, the plaintiff had signed a membership agreement with a release contained in fine print on the back with the rest of the terms and conditions. There was no evidence the plaintiff had read the fine print. The case law has made it clear that the defendant has to take reasonable steps to draw the terms of the waiver to the plaintiff's attention. This can be done in a number of ways.

First, the document itself can be used to draw the reader's attention to the waiver. For example, in Schnarr v Blue Mountain Resources Limited, 2018 ONCA 314, the clause was written in bold type in a yellow box with a red border that specifically instructed the reader to, "PLEASE READ CAREFULLY!" The document also stated that the reader was giving up certain legal rights.

In Jamieson v Whistler Mountain Resort, 2017 BCSC 1001, the plaintiff signed a waiver before entering a ski resort. The waiver agreement stated, "Please read carefully!", "stop – read this!!!", and "you assume the risk of any injury..." further stating the reader agreed to waive all claims against the ski resort. The agreement also provided a space for the reader to initial beside the words, "I have been offered a copy of this Release Agreement and I have been advised to read it carefully." Signatures and initials were evidence that reasonable steps were taken to draw specific provisions to the reader's attention. In QK, none of this evidence was presented.

Another way to ensure the waiver is enforced by the Courts is to allow the patron sufficient time to read and understand the agreement. It will be difficult for the patron to argue that they did not understand the document when the evidence suggests they had sufficient time to review the agreement, ask any questions, and even consult a lawyer before signing. This can be accomplished where the agreement provides an area for the reader to sign beside the words, "do not sign until you understand all items above" and "by signing this release agreement you will waive or give up certain legal rights, including the right to sue or claim compensation following an accident." The waiver can be drafted so that the reader has to initial beside each of these warnings.

Finally, the document should be signed in the presence of an employee of the occupier. Not only will the employee guide the reader to where an initial or signature is required, but that employee may be called as a witness to testify about the circumstances in which the various terms of the waiver were brought to the reader's attention. In QK, an employee was present during the signing but was not called as a witness. The Court drew an adverse inference against the gym stating that the employee who was present at the time of signing might have been able to shed some light on what was done to bring the waiver and various clauses therein to the attention of the plaintiff. In the absence of the employee's testimony, the Court had no choice but to conclude the gym took no steps to bring the exclusion clause to the plaintiff's attention.

Even after these three practices are implemented, the plaintiff can still argue the waiver is invalid by falling within one of three exceptions:

However, it is difficult for the plaintiff to argue these three exceptions when the waiver is rampant with initials and signatures completed in front of a witness. Accordingly, it is prudent for defendant occupiers who offer services such as gym memberships and ski resorts, to ensure their waivers contain ample room for initials and signatures, to establish the patron understands the terms and that they are giving up their legal rights to sue in the event of an accident. Relying on the fine print will not be sufficient. 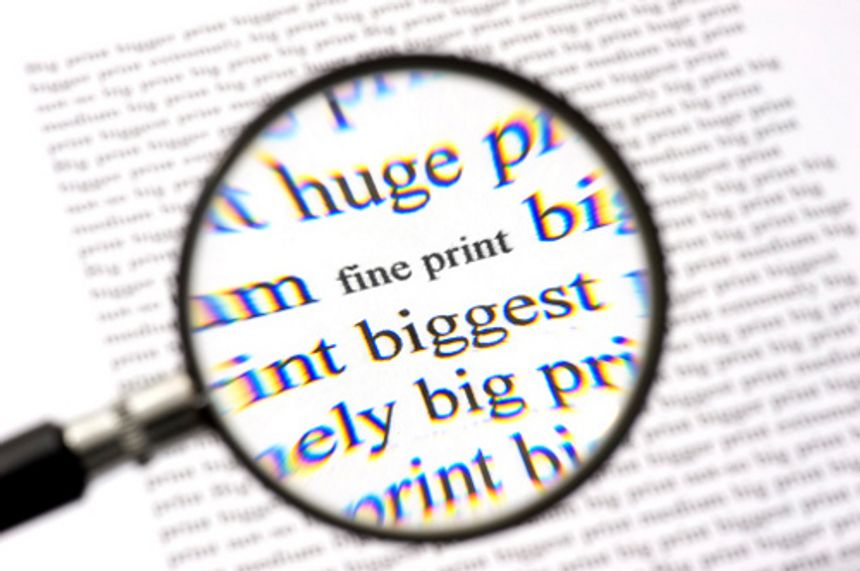