The Alberta Court of Queen’s Bench recently upheld the lower Court’s decision in Ellis v City of Lethbridge, 2019 ABPC 276, confirming that section 530 of the Municipal Government Act will preclude a finding of liability under the Occupiers’ Liability Act when a plaintiff’s damages are caused directly by a municipality’s system of inspection and maintenance.

On June 24, 2017, the Plaintiff attended the Dragon Boat Festival held at Henderson Lake Park in Lethbridge, Alberta. Unfortunately, the Plaintiff stepped into a sunken slightly sunken sprinkler head (located within the beer garden area) that had been partially covered by grass causing her to break her foot. The sprinkler head was only visible if you were standing directly above it.

Section 530 of the Municipal Government Act states a municipality is not liable for damages caused by the system of inspection and maintenance it chooses to implement. Here, the City of Lethbridge was aware that sprinkler heads could sink over time as the sprinkler system was specifically designed to allow the sprinkler head some movement for when mowers drove over to avoid breaking the main water line located beneath. However, this would cause a small number of sprinkler heads to gradually sink over time.

Given the City of Lethbridge was responsible for roughly 2,000 sprinkler heads alone in Henderson Lake Park, it implemented a system of inspection and maintenance where the irrigation crew were instructed at tail gate meetings to watch for potentially sunken sprinkler heads throughout their shift and raise if identified. This system also formed part of the City of Lethbridge’s Service Standards Manual for which the Trial Judge termed as the “keep your eyes open approach”.

The Trial Judge found the area where the Plaintiff fell was an area of high traffic compared to other areas of the park given a temporary beer garden area had been set up and the high rate of attendance for the Dragon Boat Festival. Accordingly, the Trial Judge found that additional steps should have been taken by the City of Lethbridge for that specific area at that time and found the City of Lethbridge breached the Occupiers’ Liable Act.

Notwithstanding, the Trial Judge found that section 530 of the Municipal Government Act provided the City of Lethbridge immunity as the Plaintiff’s damages were directly caused by the system of inspection and maintenance it implemented. Accordingly, section 530 was held to prevail over the Occupiers’ Liability Act in these circumstances.

The Appellate Judge upheld the Trial Judge’s decision and found:

The most reasonable interpretation of s. 527.2 MGA is that it simply says in order to pursue a claim against a municipality that is acting within its authority, a claimant must first be able to bring the action by way of negligence or another tort. However, in order to be successful, the claim must not fall within the exclusions from liability enumerated in the rest of the Act or in any other enactment. Therefore, when defending a claim in negligence, a municipality can avail itself of s. 530 MGA as a complete defence if the negligence stems from systems of maintenance or inspection. (emphasis added)

Section 527.2 of the Municipal Government Act simply states a municipality can be liable in negligence or any other tort.

Here, the City of Lethbridge’s liability flowed directly from its system of inspection and maintenance. A stricter system of inspection and maintenance may have satisfied its duty of care under the Occupiers’ Liability Act. However, the Municipal Government Act and common law recognizes that municipalities are unique when compared to other occupiers given the services they provide and the vast amount of land for which they are responsible.

With that all said, section 530 of the Municipal Government Act does not provide municipalities blanket immunity from all claims brought under the Occupiers’ Liability Act. The liability must flow directly from the system of maintenance and inspection.

For example, in Hussain v Edmonton (City of), 2004 ABQB 204, the plaintiff was injured after a weight machine’s cable snapped while being utilized causing him injury. The plaintiff commenced legal action against the municipality as it was the owner of the piece of equipment and the fitness center. The municipality attempted to argue that it was afforded protection pursuant to section 530 of the Municipal Government Act given its employee (a lifeguard) would inspect the gym equipment each morning.

However, the Court in Hussain found that this was not a situation where the negligence consisted of inadequate inspection or inadequate maintenance: the failure was caused by the inadequate cable. Accordingly, the Court found that the municipality’s system of maintenance and inspection was irrelevant as it would not have revealed the defective cable. The municipality was found liable in negligence for providing unsafe fitness equipment.

Lastly, the Appellate Judge found the evidentiary record was incomplete and could not determine if section 532 of the Municipal Government Act was breached. Section 532 is extensive but, broadly speaking, requires municipalities to keep every road and public place in a “reasonable state of repair”.  Section 532 consists of numerous subsections that would have required extensive additional analysis (e.g. section 532 requires a Court to consider if the municipality knew, or ought to have known, about the state of the alleged disrepair). The municipality’s system of inspection and maintenance is also largely irrelevant to section 532.

This case provides a new judicial analysis and guidance for interpreting section 530 of the Municipal Government Act and can be summarized as follows:

Ellis v City of Lethbridge, 2020 ABQB 783, confirms that municipalities will be afforded extra statutory protection when compared to non-municipal occupiers through section 530 of the Municipal Government Act. 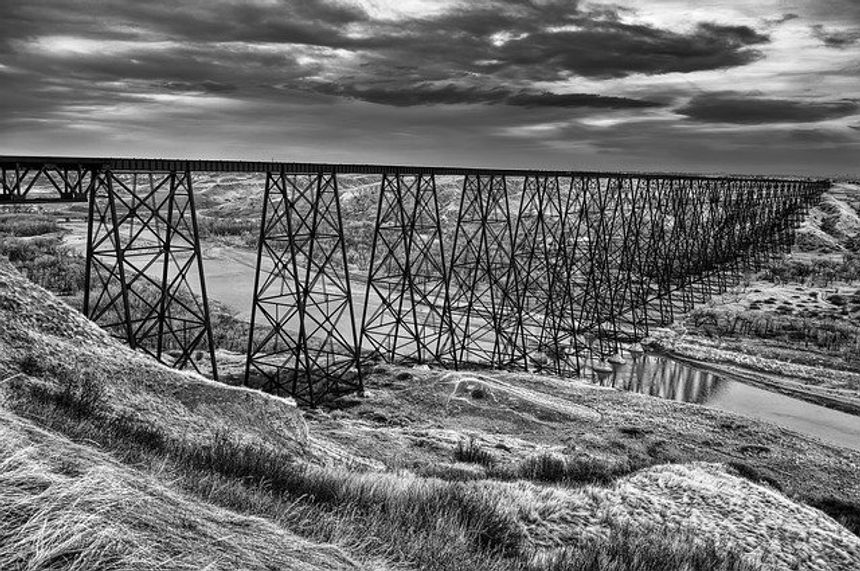