Certain sections of the Municipal Government Act [1] place legal duties on municipalities, while other sections provide them with broad defences. These sections occasionally conflict, but previous judicial decisions have tended to favour applying statutory defences broadly to immunize municipalities from liability. [2]

However, the recent Alberta Court of Queen’s Bench decision in Pyke [3]  has taken a different course and narrowed the application of these statutory defences, especially section 530 of the Municipal Government Act.

As a result, Pyke may unsettle the law on municipal statutory defences, until more litigation answers the issues that Pyke has raised.

In February 2014, the plaintiff (the defendant in the original lawsuit) was travelling on a busy highway located within the City of Calgary. The highway was divided by a barrier that sat on a curb. Tragically, the plaintiff lost control of her pickup truck due to black ice and collided with the curb, causing her vehicle to launch over the barrier, and collide with an oncoming car.

The parties applied for a judicial determination about whether the City should bear any liability for the Accident.

The plaintiff argued the City bore some liability for the highway failing to meet applicable engineering standards and for failing to keep the highway in a reasonable state of repair, in breach of section 532 of the Municipal Government Act. Section 532 of the Municipal Government Act places a duty on municipalities to keep “every road or other public place” under its direction in a reasonable state of repair. Section 532(6) states a municipality is only liable under section 532 if it knew (or should have known) of the state of repair.

The City argued it did not bear any liability, relying on the 10-year limitation period in the Limitations Act [4] and statutory defences found in the Municipal Government Act (sections 530, 532(6) and 533).

The Barrier Was of Negligent Design

The Court relied heavily on the evidence of the plaintiff’s expert witness, Dr. John Morrall, who concluded the barrier and curb did not meet the accepted standard when built (1987), because the barrier was placed on and behind the curb. Traffic barriers should not sit behind a curb, and certainly no more than 20 mm from the curb. Here, the barrier was in the middle of the curb, 177 cm away from the edge.

Placing the barrier on the curb constituted deficient design. Since the curb was so far from the barrier, plows could not scrape snow and gravel near the base of the barrier, which allowed gravel and dirt to accumulate between the barrier and the curb. This accumulation reduced the effective height of the barrier. Further, the curb itself might launch into the air vehicles that struck it at a certain angle.

Inadequate Repair (Not Defective Design) Was the Cause, Invalidating Limitation

The Court found the City breached section 532 of the Municipal Government Act, as it failed to keep the highway in a reasonable state of repair by permitting (1) gravel and dirt to build up along the barrier for 27 years, and (2) snow buildup. Section 532 has typically applied in situations involving uneven curbs or potholes. Here, the Court appears to broaden the definition of “disrepair” to include the buildup of gravel, snow and ice on a highway.

Section 530 of the Municipal Government Act states that a municipality is not liable for damage caused by its system of maintenance and inspection (or even the lack of a system). Municipalities regularly rely on this broad section.

In Pyke, the Court reasoned the legislature intended each section to have meaning, and that one section should not be interpreted to render another meaningless. So if section 530 shielded municipalities from section 532, section 532 would have no effect, since all municipalities rely on some form of system of inspection and maintenance to maintain their roads.

While the City did have written internal policies that required it to maintain medians each summer, the City had not maintained this barrier for 27 years. This finding of fact appears to have influenced the Court in its decision. Yet the Court still made a broad determination that section 530 will not protect municipalities from section 532.

Section 533: Liability Limitations for Curbs Did Not Apply

Lastly, the City tried to rely on sections 533(a) and 533(b) of the Municipal Government Act. Section 533(a) states a municipality is not liable for damage caused by the presence of a curb or barrier adjacent to a road. Section 533(b) states a municipality is not liable for the arrangement or disposition of any earth adjacent or along a road as long as it is not on the “travelled portion of the road.”

For section 533(b), the Court found the area alongside the barrier was a travelled portion of the highway as statistics demonstrated accidents involving the median barrier on the subject highway were regular occurrences. Further, much like section 530, to interpret section 533 broadly would improperly render section 532 ineffective.

Then on section 533(a), the Court decided that the curb did not cause the Accident—the buildup of gravel and snow along the barrier did. The Court was of the view that section 533 protects a municipality’s decision-making process for roadway infrastructure, but not its failure to maintain road infrastructure.

Further, the Court in Pyke appears to have expanded the definition of “reasonable state of repair” and of “disrepair” to include the buildup of gravel and snow alongside a highway. How broadly will “disrepair” apply in the future to trigger section 532 and thereby avoid the section-530 shield?

Another potential issue is how claimants frame causation to avoid statutory defences. The Court in Pyke concluded the buildup of gravel and snow along the subject barrier caused the Accident. Arguably, there were multiple causes of the Accident. But for (1) the design of the subject barrier or (2) the presence of the curb, the Accident would not have occurred. In these alternate theories of causation, the 10-year limitation period and section 533 of the Municipal Government Act would have protected the City. Municipalities will have to anticipate how claimants may frame causation in future claims.

Lastly, the Court found that the buildup of gravel and snow along the subject barrier caused the Accident. Still, the Court’s written reasons did not discuss section 531 of the Municipal Government Act. Section 531 states a municipality is liable for an injury to a person or damage to property caused by snow on roads in the municipality only if the municipality is grossly negligent. Despite section 531, the Court applied a standard negligence analysis when determining liability, without discussing gross negligence. Arguably, but for the buildup of snow, the Accident would not have occurred.

Whether the City will appeal Pyke is unknown. An appeal would be monumental for municipalities and municipal lawyers. 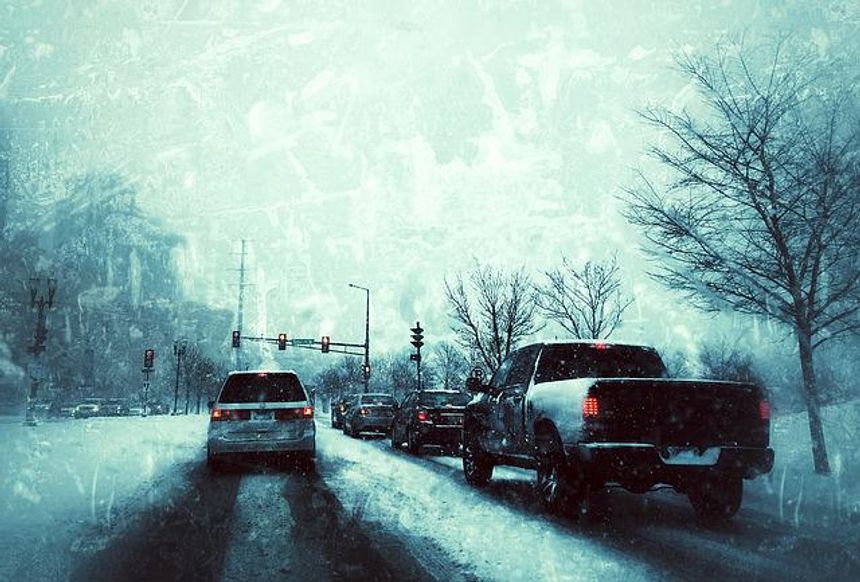