In a recent decision, McIver v. McIntyre, 2018 ABCA 151, the Alberta Court of Appeal upheld the trial judge’s decision which said there was no liability for a vehicle owner with respect to a motor vehicle accident involving the WCB. Before McIntyre, the Courts interpreted both the Traffic Safety Act and the Workers' Compensation Act to impose vicarious liability on the owner of a vehicle involved in a motor vehicle accident where the claim was brought by the WCB. The usual scenario involved a motor vehicle accident where a plaintiff, during the course of his employment, was injured in an accident caused by the negligence of a driver, also in the course of his employment. The negligent driver's employer rented or leased the vehicle from the owner. Since the negligent driver and his employer (who was the renter/lessee of the vehicle), were covered by WCB, they were immune from suit. As a result, when the plaintiff made a claim through the WCB for benefits, the action vested with the WCB and the WCB could only sue the owner of the vehicle. The Workers' Compensation Act provides statutory immunity for other entities covered by WCB. Thus, the owner, who in reality had nothing to do with the motor vehicle accident, was found liable.

Previous cases like Dempsey v. Bagley, 2016 ABQB 124, attributed 25% liability to the owner in the above fact scenario. However, in McIver, the owner was not held liable at all.

In McIver, the owner took his vehicle into a garage for repairs. He provided the garage and its employees with consent to drive the vehicle. One of the garage's employees took the vehicle for a test drive. As a result of the employee's negligence, a motor vehicle accident ensued, causing personal injury to the plaintiff (who was working at the time). The plaintiff made a claim to the WCB for benefits, and since the action vested in the WCB, a lawsuit was commenced only against the owner. The WCB was precluded from suing the garage or its employee since they were covered by WCB as well.

The trial judge examined the degree of control the owner of the vehicle had with respect to the motor vehicle accident. The Workers' Compensation Act was interpreted such that the Court would hold a defendant liable only for that portion of the damage or loss occasioned by the defendant's own fault. Whether the Court actually apportions loss to the defendant depends on the relative contributions to the loss. The trial judge found that the garage was 100% vicariously liable for its employee's negligence. The owner had no degree of control and was not at fault for the accident. The Court of Appeal upheld the trial judge's decision.

McIver appears to provide a practical approach to an apportionment of liability. The owner of a vehicle will typically be held vicariously liable for the actions of negligent drivers when consent has been provided. However, the Court of Appeal has qualified that rule of law to require an examination of the degree of control and actual contribution. Thus, according to McIver, an owner will not be at fault if there was no degree of control or contribution to the motor vehicle accident. What remains to be seen, however, is whether this applies to a scenario where a lease is involved. Our clients have typically leased vehicles to other entities whose employees then cause motor vehicle accidents through their negligence during the course of their employment. When the plaintiff is injured, while also during the course of their employment, they make a claim through the WCB and then the WCB brings a lawsuit only against the owner/lessor of the vehicle. They are precluded from bringing suit against the lessee or the employee as such claims are statute-barred by the Workers' Compensation Act. Thus, we will see how McIver is interpreted by the Courts when a similar situation arises involving a lease. Will liability be apportioned like McIver (0%), or like Dempsey (25%), or something in between? Only time will tell.

The owner had no degree of control and was not at fault for the accident. The Court of Appeal upheld the trial judge's decision. 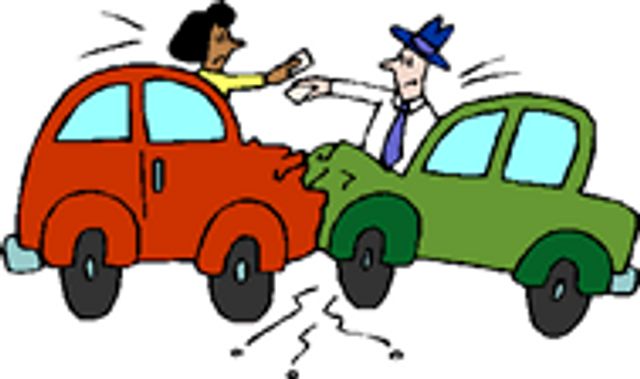 Auto Insurance Changes in Alberta: What You Need to Know About Bill 41
Nabeel Peermohamed, Sam Clark