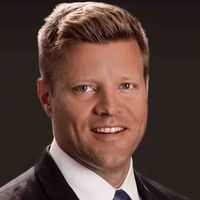 Marijuana cultivation and the production of cannabis resin in your home carries risks. At the extreme side, it can attract theft and violence. One case the writer was involved with in Alberta resulted in a homicide and subsequent arson. On the negligence side, fire and flammable gas are often involved and can lead to significant damages to property and persons.

Landlords may or may not be aware that their policy contains a drug exclusion which will allow their insurer to deny coverage where the property is used for marijuana production, harvesting or cultivation. The exclusion is common across the country and generally excludes coverage for:

... dwellings, outbuildings or personal property contained in them, used in whole or in part for the cultivation, harvesting, processing, manufacture, distribution or sale of marijuana or any product derived from or containing marijuana or any other substance falling under the Controlled Drugs and Substance Act Narcotic Control Regulations (“The Drug Exclusion”).

That exclusion came in front of the Saskatchewan Court of Queens Bench for consideration this year in Carteri v Saskatchewan Mutual Insurance Company 2018 SKQB after a fire occurred on a property they had rented out. The tenant caused the fire in the course of cultivating cannabis resin on the property. The Carteris had no idea their tenant was using the property to cultivate cannabis resin and no reason to suspect that anything untoward was occurring on the property. They also claimed to have no idea about The Drug Exclusion in their policy. SMI denied coverage on the basis of The Drug Exclusion and the denial was upheld.

Nearly identical facts arose in a 2010 Ontario case, Pietrangelo v Gore Mutual Insurance Company, 2010 ONSC 568 [Pietrangelo], aff’d 2011 ONCA 162 (leave to appeal to the Supreme Court of Canada dismissed, 2011 CarswellOnt 10859) (WL). The result there was the same (the denial was upheld against the innocent landlord).

With the pending legalization of cannabis in Canada this Fall, it seems reasonable to expect an increase in home-based grow operations and cultivation activity. The risks associated with such operations will remain the same despite legalization and there would seem to be no good reason for Insurers to take the clause out of their policies just because cannabis will be legal. As such, landlords (especially small time property investors) should be aware that they are courting the risk of a total loss with no insurance coverage every time they rent and may want to take additional steps to vet their renters thoroughly and regularly inspect their properties. While they will have recourse against their tenant where the worst case scenario occurs such a claim is only as good as the tenant’s ability to pay.

How can my Business avoid Liability for a Covid outbreak?
Shad Chapman