By the Brownlee LLP Litigation Team

By utilizing key sections within the Municipal Government Act (MGA), the Municipality of Crowsnest Pass successfully demonstrated that it was not liable for damage caused to private property when water flowed over a sunken roadside curb during heavy rainfall in June 2017.

In Pulkinen v Crowsnest Pass (Municipality), 2020 ABPC 53, the plaintiff alleged that a sunken curb’s failure to block storm water runoff directly contributed to soil erosion in his home’s backyard. In its defence, Crowsnest Pass said that it was aware of the sunken curb, but that it had determined that the slump was minor and did not warrant repair. The municipality also explained that there were other more serious areas in need of repair given scarce financial resources.

During the trial, Crowsnest Pass provided evidence of record keeping and budgetary- and policy-based decision-making in support of its assessment of the slump. These defences were supported by specific sections within the MGA that shield municipalities from liability in certain situations.

Specifically, the MGA sections are:

In his ruling, the judge also considered the case of Ellis v Lethbridge (City), 2019 ABPC 276. In that case, Brownlee LLP’s Litigation Team successfully defended the city after the plaintiff was injured while tripping over a sunken sprinkler head at a municipal park.

If you have any questions with respect to this bulletin, please contact Litigation Partner Nabeel Peermohamed at npeermohamed@brownleelaw.com or at 403.260.5301. 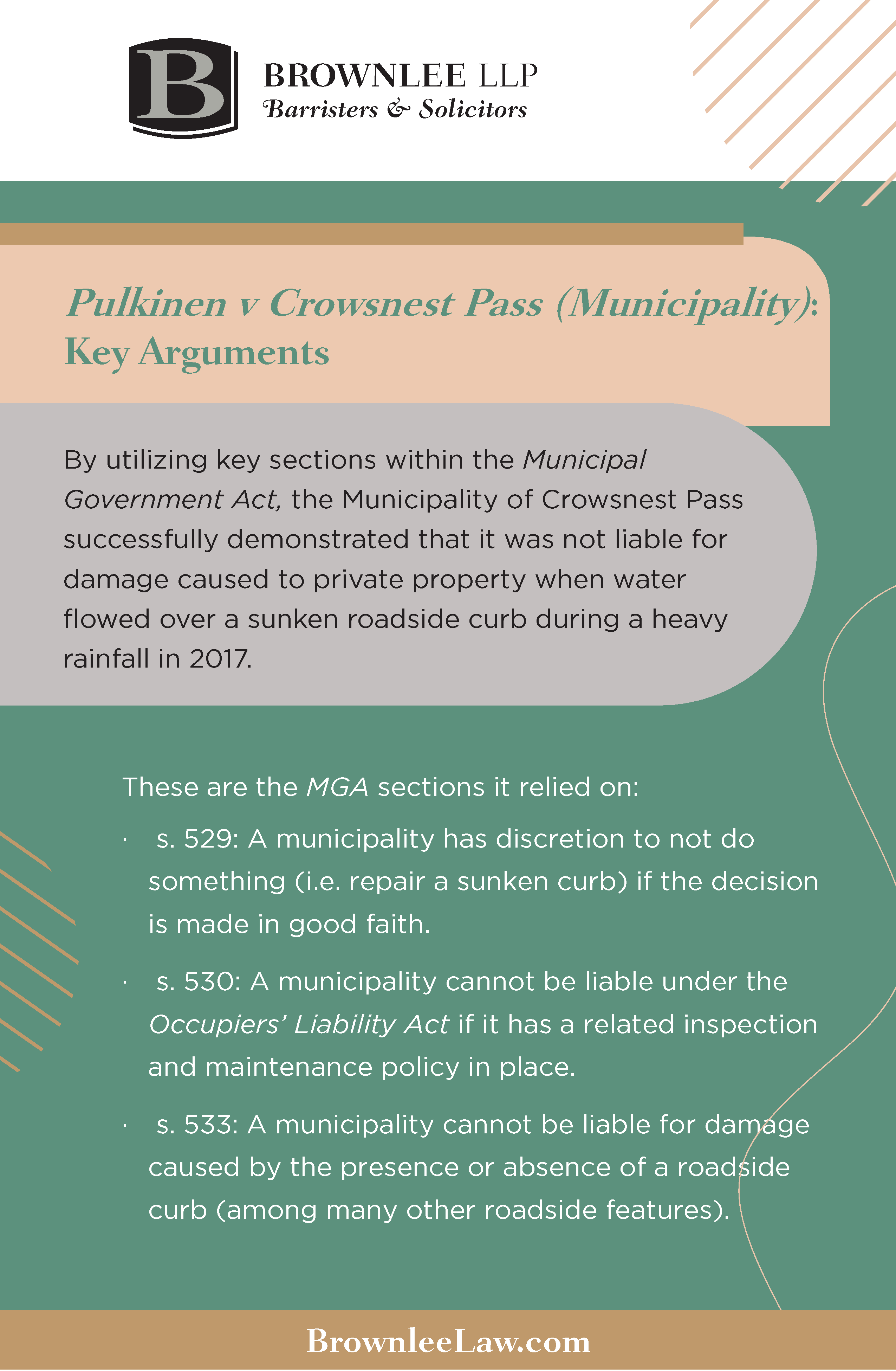 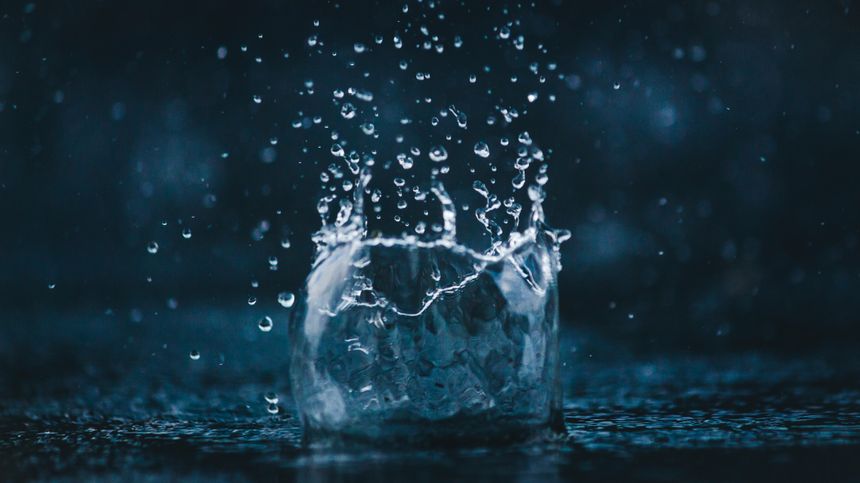